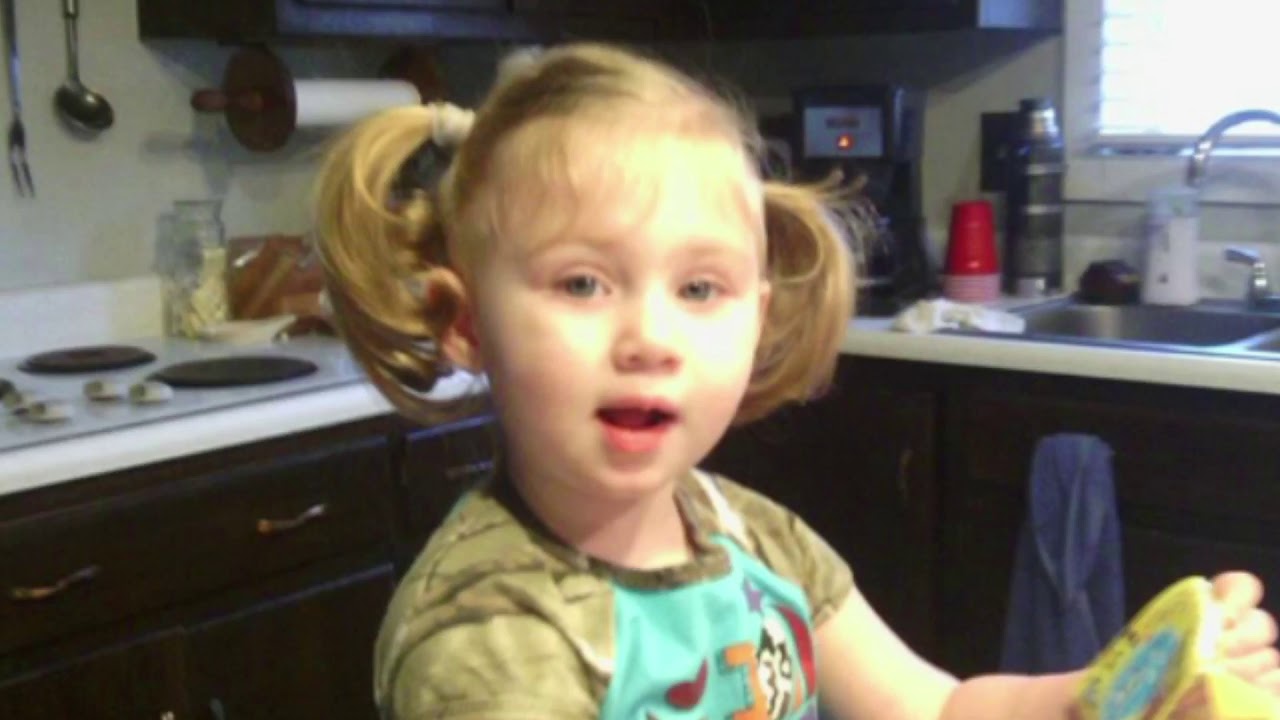 The Story of Raylee Jolynn Browning: A Homeschool Homicide and Torture Case

A very tragic case coming out of West Virginia, which involves the hallmarks of a child homeschool torture and homicide case, is that of child victim Raylee Jolynn Browning, age 8.

Raylee was born in 2010, and it does not appear that her biological mother, Janice Wriston, was very involved in her life, something we see a lot in these cases, and discussed in the findings of the Knox Child Torture report. I frequently refer to this report when researching and writing about homeschool torture cases, and it is one of the very few such reports that have been done on child torture. The patterns of child torture cases are evident in all of the homeschool cases I have written about, and are also found in the Raylee Browning murder.

As an infant, Raylee went to live with her biological father, Marty Browning. The abuse started right away, with Raylee being seen for injuries at the hospital in 2011. It is unclear at this time if doctors ever contacted child protective services when Raylee was brought in with injuries. Marty’s girlfriend, Julie Dawn Titchenelle, and her sister, Sherie Titchenelle, were also involved in the girl’s life, and they all lived together in a home with Julie’s three biological children. For a while, Raylee was sent to public school.

Raylee was likely a victim of medical child abuse, and was on 7 medications for autism and mood disorders. Authorities and doctors involved in the case believe these medications were unnecessary, and it is unclear if Raylee had autism and psychiatric disabilities or not. It does not appear that she ever got a real diagnosis. It is more likely that her caretakers used these medications to subdue and control her, and also so they could blame a disability for reasons why Raylee was injured, saying she had done it to herself.

As we saw with the Erica Parsons case, and as it also outlines in the Knox report, it is not uncommon for the non-biological child to be abused by the mother figure in the house. Women feature prominently in child torture cases. It is also common that the mother figure encouraged everyone else to abuse the child, singling the child out for torture, but not torturing the biological children. In this case, Sherie was the main caretaker of the four children in the household, and she singled out Raylee because she was not one of Julie’s biological children. Another child, who was one of Julie’s biological children, known only as V., was also singled out for abuse because she was of mixed race. Race is absolutely a reason that children are victimized, which we saw in the case of the Hart children. However, it appears that Raylee bore the brunt of the abuse in the house.

Teachers at Raylee’s school noticed that she was bruised and hungry, and called Child Protective Services multiple times. Leading up to her death, Raylee was admitted to the hospital on several occasions. Raylee’s caretakers reported to doctors that she had a history of self-harm, and that was the explanation for her injuries. They tried to blame her so-called disabilities for the injuries Raylee sustained, including a broken femur, a common child abuse injury. It is not clear at this time if the hospital contacted CPS. However, doctors can usually tell if an injury is because of child abuse.

According to Raylee’s sister, V., Raylee was instructed by Sherie to lie to CPS and Raylee complied because she was scared. After a while, V. reported, Sherie pulled Raylee out of public school to homeschool her because she could not think of any more lies to explain Raylee’s condition. Pulling a child out of public school to cover abuse is very common, as is isolating the children from everything in their lives. In this case, Raylee was not even allowed to talk to the other children. According to the Knox study of child torture victims:

This social isolation typically involved preventing the child from attending school or daycare. Twenty-nine percent of school-age children were not allowed
to attend school; two children, though previous enrolled, were dis-enrolled by their caregiver and received no further schooling. An additional 47 % who had been enrolled in school were removed under the auspice of “homeschooling.” This “homeschooling” appears to have been designed to further isolate the child and typically occurred after closure of a previously opened CPS case. Review of these cases found no true educational efforts were provided to the homeschooled children. Their isolation was accompanied by an escalation of physically abusive events.

Homeschool was just more opportunity for Sherie to abuse Raylee, making her stand in place for hours and walk through the hallways of the house, instead of providing her with an education. Apparently, the other children in the house were actually homeschooled, and Sherie was part of a homeschool group. While the other children and the group were educated in the home, Raylee was made to either stand or walk the halls for hours. It does not appear that anyone from the homeschool group reported this.

The abuse of Raylee escalated to her death after she was withdrawn from public school, because now Sherie was free to abuse Raylee as much as she wanted without anyone noticing or reporting it.

Raylee and Sherie shared a bedroom, where Raylee was forced to wear a diaper, since she would often wet the bed (not surprising considering the abuse) and sleep on the floor. She was beaten with objects, according to V., a belt, a spoon and metal objects were used. A claw hammer was found in the shared bedroom, as was a sex toy.

Raylee was clearly hungry, and had asked cafeteria workers at her school for extra food. This is another pattern of child torture cases; it is very common that children are food and fluid restricted. In almost every case on this blog, children were starved. The Knox report says that 89% of the child victims they studied did not have enough to eat and 79% did not have enough to drink.

Not having enough to drink was what ultimately killed Raylee. Sherie decided to punish Raylee by refusing to allow her to drink any liquid for three days. V. reported that Raylee was so thirsty that she drank from the toilet. Shortly afterwards, Raylee went septic. This occurred around Christmas of 2018. Raylee became unconscious, and Sherie once again brought her to the hospital, where Raylee passed away. Doctors said that Raylee had been severally unwell for some time, a condition that should have been readily apparent to her caretakers, who neglected to seek medical help for her until the last minute. Medical staff called authorities to report that Raylee was in cardiac arrest, and her body was covered in bruises and lacerations. Sherie tried to explain Raylee’s condition by blaming her medications, then saying she fell in the shower, which is a very common “reason” given by child abusers to explain why a child is injured.

Police went to the home to interview the adults and everyone gave a conflicting story as to why Raylee had died and why she was covered in injuries. This caused police to become suspicious, and to start an investigation. During a search of the home, police found the hammer and sex toy in the bedroom Raylee shared with Sherie. Sherie could not explain why either of those two objects were in the room.

In December 2019, all three adults were charged in Raylee’s death. Sherie, age 35, was arrested on one count each for death of a child by parent, guardian, or custodian, and child neglect causing death, both felonies. Julie Titchenelle, age 36, was charged with the same thing, and so was Marty, age 34. Julie at the time was the reigning Miss Oak Leaf Festival. Her title has since been stripped.

According to the Register-Herald, “An investigation by Oak Hill Police Department Detective Sgt. James Pack was reportedly hampered by a lack of cooperation from West Virginia Department of Health and Human Resources Child Protective Services, which had an open file on Raylee at the time she died. Oak Hill Police Department Chief Mike Whisman on Dec. 11 verified a Dec. 10 report by a Fayette official that CPS had not speedily submitted to police requests for CPS records on Raylee. When OHPD received Raylee’s files in November, officials said, they were not complete.”

This would explain why it is currently not entirely understood how CPS was involved, but it seems pretty clear that they dropped the ball with Raylee. Marty, Sherie, and Julie have all been released on bond.

Unsurprisingly, this case sent ripples through the West Virginia community and appalled legislators. A new law is being sponsored by Del. Shawn Fluharty, D-Ohio, known as Raylee’s Law, or HB 4440. This law would prevent people who have an open CPS case from homeschooling, and also prevent people who have a criminal record of violence or domestic violence from homeschooling.

And also: “State law does not require a home-school education cooperative or association to verify that member students were legally withdrawn from public school.”

While there are many more areas that need to be regulated when it comes to homeschools, this law is a good start for the state of West Virginia, and for other states to look to as an example. It is far too easy to pull a child out of public school, away from mandated reporters, and keep them isolated in the home, where abuse often escalates to homicide.

You can track the progress of Raylee’s law here: House Bill 4400

We must be sure to honor Raylee’s memory and protect children in similar circumstances.