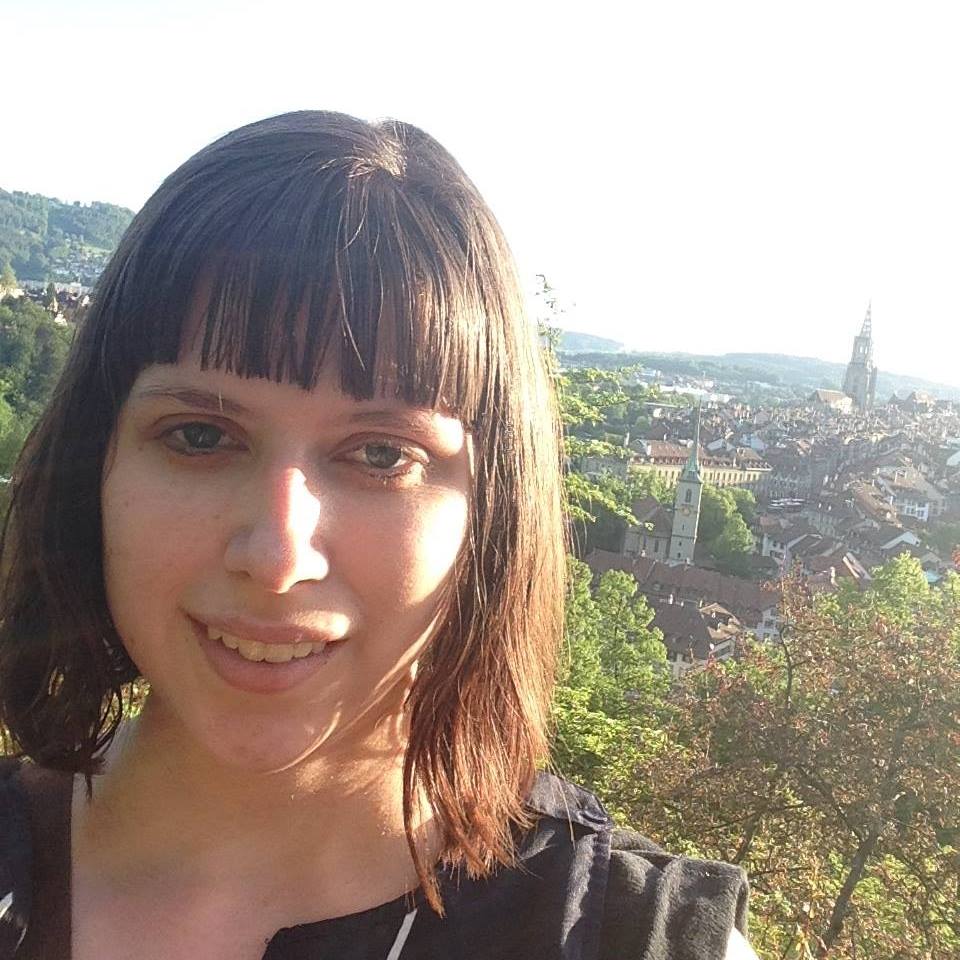 Emilie Huffman: “This has been a love letter to my mom”

To this day, my sisters and I love bragging about how our mom isn’t afraid of anything. Whether the obstacle was a steep ski slope, an impossibly tall rock climbing wall, or a giant spider, we could expect her to be there for us, and somehow always unfazed. She’s hardcore and adventurous in ways we could only dream of being, and these characteristics along with her unlimited determination extended to the ways in which she homeschooled us as well.

From an early age, I always had an interest in math. I would check out all the number books I could find in the library, and just sit around and think about multiplication. Playing with the numbers by myself was fun, but sometimes I would have anxiety about whether the next grade level in school would be too hard for me. Fifth grade math in particular made me nervous—the numbers had so many more zeroes on the ends of them, and when I looked at the contents of the pages of my new textbook everything just had an unfamiliar and complicated-looking feel. I admitted that I was very nervous to start fifth grade math, because it involved such big numbers. My mom almost laughed, saying “it’s no different from when you started third grade or fourth grade math. You could handle those then because you were ready, and you’re ready for these things now.”

I soon learned she was right. Some notation may have looked different or more complicated, but so many of the things I was doing were similar to the things I had done before. The math may have looked impressive and complex to me on paper, but that didn’t mean I couldn’t learn it. I just had to get past my fear and take things piece by piece.

I talk about math because it was my favorite subject, but it’s worth noting that my mom would not say the same thing for herself. She often had teachers growing up who were scared of math themselves, and were uncertain how to teach it. When she decided to teach us though, rather than dreading the math part, she looked at it as an opportunity to broaden her own understanding. She could push past her own anxiety of the unknown and replace it with an excitement to learn, and that rubbed off on my sisters and me. Despite the fact that we like to say “mom’s not afraid of anything,” we know the reality is that she never lets fear have the last word.

Today I am a PhD student in theoretical physics. The percentage of women in physics is still only around 20%, and that percentage is often lower in theory areas. Sometimes these numbers in particular get me down (though it’s worth noting that self-doubt is very common among graduate students in general, regardless of gender.) It helps to remember my mom, though. I know it’s not really true that she’s not afraid of anything, but the reality is even better. She has more tenacity than anybody else I know, and if my sisters and I can manage even a small fraction of that for ourselves, we’ll be just fine.

Mostly this has been a love letter to my mom, but I think there are a couple of broader points to be made as well. First, every parent has different academic strengths, but no subject should be neglected. For less confident subjects, all the more care should be taken (this article about parents and math illustrates the pitfalls well). Second, mathematics education is a very important focus area in homeschooling, as there is evidence for a homeschool math gap, and many anecdotal accounts of homeschooled girls in particular receiving subpar mathematics education. To the contrary, I had a stellar mathematics education, one that had certain advantages when compared to other education modes. I want homeschooling to be as great an option for others as it was for myself, which is why I support CRHE and its work to uphold and promote homeschooling standards.

Emilie Huffman was homeschooled in North Carolina from 1995 to 2008. For additional thoughts and experiences from other homeschool alumni, see our Testimonials page.

← Do I Need Membership in a Homeschool Protection Agency?
W. S. Hunter: “Parents are flawed people, like all of us” →