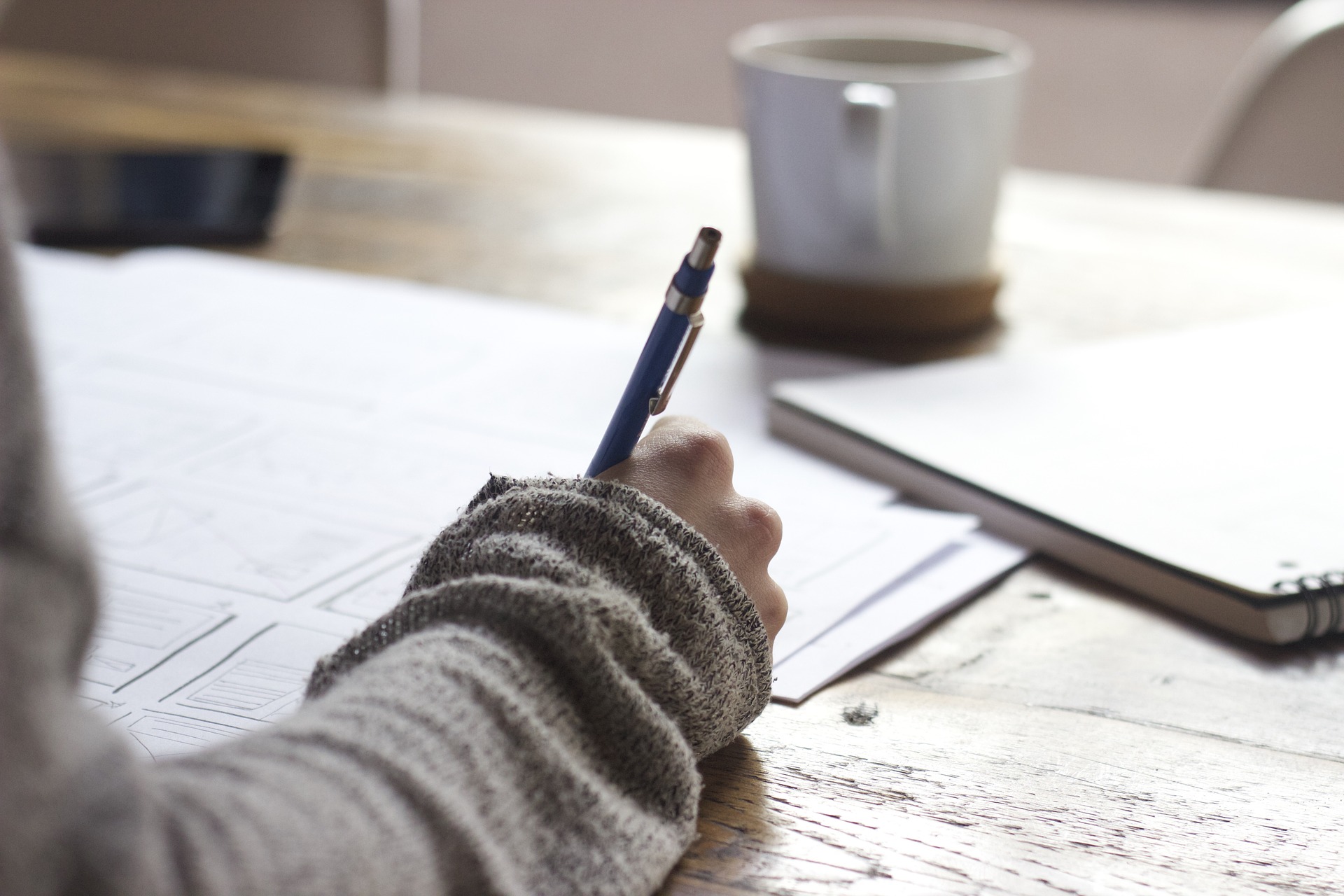 Brittany Randolph: “As time went on, our schedule became looser and looser”

“My sister and I were fine with this at first. No school! We could spend time on the things we actually wanted to do. One thing, though, is that none of these things involved friends, at least not ones we had ever met in person.”

I was in public school up until the early 8th grade, when my dad demanded my mother take my sister and me out. It was over something I won’t go into complete detail over, but to simplify I’ll call it spiritual beliefs. I was initially very excited. When you’re that age, who wants to go to school? It is a toxic environment, with teachers that don’t respect you, an overwhelming workload, and your peers finding any little thing to make fun of you for. And at that age, I had an image of homeschooling that was pretty much all play and no work. I knew that was too good to be true, but it was fun to imagine.

Turns out, that wasn’t so far from the truth. And it wasn’t good, either.

When my mother first started homeschooling us, it wasn’t so bad. We would start at 9:00 and sit at the dining room table, and we would refer to the schedule she had written out on a whiteboard. She’d give us little lessons, then she would have us do lessons online. Some of them were below our grade level, especially for me, the older of the two. It was understandable, as she was suddenly thrown into this; you couldn’t expect it to be perfect right off the bat. But I was under the impression that this was just temporary, just something to use until she could find something for my grade level. Also, it was free, and she seemed to have no intention of spending more than the bare minimum on our education.

She didn’t seem to be in any rush to find something better suited to me, though, and she would get defensive if I mentioned it. I ended up using it for the rest of the year, and if I remember correctly, most or all of the next year, too. It should be mentioned that I was considered “gifted” in school, and was part of a special education class to keep those students stimulated and working at their level. My sister was pretty smart, too, and generally got good grades, but had areas that she did struggle in and needed special focus on.

As time went on, our schedule became looser and looser. My sister and I would ask to not do school. You can hardly blame us, we were kids who wanted to have fun. Some days our mother would still make us, but some days she would give in. As you would expect from a couple of middle school girls, we were not enthusiastic or excited about school. This made my mother lose motivation, and we started stopping school early, then going weekdays without doing school altogether. Eventually, we got to the point where we could go for two weeks with just one or two small lessons she would sit us down for.

My sister and I were fine with this at first. No school! We could spend time on the things we actually wanted to do. One thing, though, is that none of these things involved friends, at least not ones we had ever met in person.

As I moved through middle school, I started to become bitter and antisocial. All of my friends had some glaring flaw that I just could not stand. So when I was taken out of school, I made no effort to talk to any of them. To be fair, most of them made no effort to talk to me either, but the few that did didn’t get much back. I just didn’t care to talk to them; they were too annoying, or too boy-crazy, or too bitter. They were just too flawed for me. I was above them.

My sister, on the other hand, was shy, but very social. She tried to keep in touch with her friends, but her friends had just entered middle school and were trying to paint new images for themselves. They were putting a lot of effort into being cool, and were changing in ways that may not have been great, but would probably only be temporary. My mother was very unhappy with these changes, however, and would confront her friends about the new negative changes they had taken on, whether or not my sister asked her to. She eventually scared off a good deal of my sister’s closest friends, and my sister became certain that about everyone from her grade hated her. She became bitter; she did believe these kids were in the wrong, that they just cared about pointless things and that she was better than them. There were a few kids who still wanted to hang out with her, but eventually, she stopped putting in the effort. She was better than the rest of the kids her age.

I remember being pretty clearly discouraged from having friends by my mother, and when the concept of finding a homeschool co-op was brought up, she would acknowledge the thought but made little to no effort to find one. My sister did find friends online, but besides that, we were both pretty alone and cut off from the world. I had one friend who called once in a while, but that was it for a while. She did eventually start to call more often, but couldn’t have friends over, so my sister and I just sat in the house, wallowing in bitterness, hardly having anything to stimulate us.

Now, I will only make a brief mention of this, and won’t go into a lot of detail, as it is very hard for me to think about, but I went through about a year of intense mental illness, which I believe probably could have been avoided if I had something stimulating my mind. What I went through caused a lot of stress for my family, and I was not treated well. My dad was usually patient with me, but my mom guilted and screamed at me. If I remember correctly, my dad did have his moments as well, at least when it started a second time about two years later.

Because we had hardly any connections, especially with adults, abuse could go unnoticed by anyone who might have been able to stop it. I received abuse from both of my parents throughout my life, but it was most frequently from my mother. It was almost entirely emotional, so I’m not sure much would have done about it anyway. But it would have been nice to at least have people to talk to, to see if this is normal or right. My parents themselves are shy/ antisocial, so they don’t really keep any friends, meaning there wasn’t really anyone to catch or criticize their choices and behavior.

I eventually started to figure out how wrong their treatment of us was, and I started to speak up. It was not accepted well, but I knew I had to at least try to make a change. I hope to gain back the bravery I had during those days. I was treated poorly, and a lot of the time met with defensiveness. It took some time, but I was eventually able to at least get my sister to listen to me, and she started to realize how wrong so much of our childhood was. At first, she just stayed quiet and took their blows, but slowly started speaking up. These days she’s much bolder than I am.

Things did start to get a little bit better after about a year of nearly nothing education-wise. My sister and I eventually met a family who attended a local homeschool co-op and invited us to join, and our parents let us attend. Though I had a very hard time interacting with the others, it was still beneficial to have some kind of socialization. School became slightly more organized by the time I graduated but was still extremely lackluster. As of right now, my sister insists on directing her own education, where she can escape my mother’s blaming and mocking for the things she struggles with. She has more resources than we ever had in previous years, and she’s using things closer to her grade level, desperately hoping to catch up.

As for me, I started working my first and current job a few months after graduating, and have been putting off starting college, as my parents talked frequently how they believed college was usually a waste of time and money. I believed this for most of my life and didn’t think I’d go, and by the time I decided I needed to go in order to pursue the things I wanted to do, I was almost graduated and was clueless about how to prep for it, with no one I felt comfortable having an open conversation about it. I am also trying to work on finding myself after being made to repress my personality and interests for so long. I’m trying to figure out how life and society functions, and I’m trying to build connections and make friends. I have a very difficult time opening up and making close friendships, but I’ve made a lot of progress. I’ve also moved out of my parents’ house which has been very healing.

I was homeschooled in West Virginia, which definitely has better oversight than some other states, but I still believe it needs to be improved. My mother submitted portfolios with our elementary/ middle school-level work, and we always passed just fine. There needs to be a way to verify that the child is working at their ability level, and it must be seen that there is progress being made. There also needs to be a way to check on students to make sure that they are not being abused and have everything they need, physically, mentally, emotionally, educationally, and spiritually.

Brittany Randolph was homeschooled in West Virginia from 2012 to 2017. For additional thoughts and experiences from other homeschool alumni, see our Testimonials page.

← Jones Case Highlights Lack of Homeschool Oversight in Oklahoma
Rai Storm: “There was no gratefulness. There was no escape. It just went on and on.” →