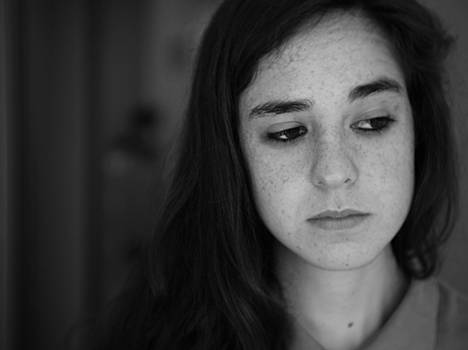 “The goal was lofty, but our secular home education was primarily based on a fear of negative outside influence. What my parents did not understand is that safety by isolation has many consequences long into adulthood.”

While I have had both positive and negative experiences with homeschooling, I strongly believe in homeschool reform. I was educated at home by my mother, from 1st through 8th grade (no preschool or kindergarten), and went into community college instead of high school at the age of 15. To an outsider it would have appeared to be a success, as my two younger siblings and I began college at an early age, but we were far from ready for the demands. The reality is that when I began junior college, I only had an 8th grade education and had to frantically struggle to catch up, both with my education and with social skills.

My parents were, and still are, very liberal and used the county’s home education program as guidance for their teaching. This provided us used textbooks through the Unified School District, meetings with coordinators to track process and annual testing. While this program provides more structure than situations where parents go it alone, I’ve found it was still lacking in oversight, particularly in areas where specialized education for instructors is needed, such as advanced math, science, languages, guidance counseling, as well as identification and support for learning disabilities and mental health issues. It also allowed my parents to set the schedule, so throughout my home education we had only five hours of instruction 5 days a week, about 10 hours less each week than our peers in traditional school. Homework was never assigned and we only had tests once a year.

By homeschooling, my parents hoped to give us a better education than we would have received at a public school. One-on-one attention, coursework supplemented by advanced materials, no peer pressure or bullying and freedom from teachers who might harm us. The goal was lofty, but our secular home education was primarily based on a fear of negative outside influence. What my parents did not understand is that safety by isolation has many consequences long into adulthood.

My parents’ interest in homeschooling faded over the years. Teaching small children to read was quickly replaced by a need for advanced math and foreign languages that were well beyond their expertise. In another setting we might have been placed in gifted classes, but at home we had to truly go it alone. We were simply given a textbook with no instructions to work through. The inability to learn these crucial subjects on our own was attributed to me and my siblings, and not a lack of adequately trained teachers. This, combined with both my parents’ depression and anxiety, led to our final years of homeschooling becoming chaotic. Now that I am older, I can see their behavior as negligent.

Our socialization was extremely limited. My parents’ depression and anxiety made them seldom want to leave the house for anything that was not an absolute necessity. My sister and I did get to take ballet classes, but we were both serious about dance so our social time with other kids was limited to the time we spent changing into and out of our dance clothes and pointe shoes. For a brief time we were also Girls Scouts with our mother as troop leader. We got to spend an entire hour a week with other girls for a few years. It shouldn’t have been a surprise to any of us that our college experiences were marred by severe anxiety and panic attacks once we began spending all day with our peers.

With all the challenges of a sub par education, I struggled with the level of structure that college required. Somehow, I managed to do well in community college and transferred to a university to complete my bachelor’s degree and am now in graduate school. However, the gaps in my education and the issues caused by a previously undiagnosed learning disability were completely unnecessary and caused a lot of self-blame, shame and feelings of isolation that I am still working through in therapy. It took years to overcome the feeling that I was deficient and inadequate in some essential way. Due to the gaps in my education and learning how to cope with a learning disability so late in life, it took me almost twice as long as expected to obtain my AA and then my BA.

The educational and socialization skill deficit homeschooling can cause has the potential to create a lifetime of unintended consequences for its alumni. Even though the home education program provided a standardized curriculum, the oversight it provided was minimal. My parents only needed to provide small samples of our work, which meant that there were times when the only work completed at home was the bare minimum. It was far too easy to only produce small samples of the work required to demonstrate progress. In addition, our work was never graded.

There was no formal transition from the end of the program at 8th grade, leaving us to try several random forms of education until we began college. The few regular meetings with programs administrator left mental health and learning disabilities that would have been recognized immediately by teachers and administrators undiagnosed until college. Although I do feel that my experience being homeschooled has given me a unique perspective and insight, I often wonder at what cost.

Although the program we were enrolled in officially had county oversight, it was not effective oversight. Aside from the small work samples and yearly testing, nothing else was monitored. Requiring more frequent and larger samples and more testing throughout the year would more accurately demonstrate student progress. It would also show if parents needed additional supports when they found themselves in over their heads in certain subjects or working with students with special needs.

Alex H. was homeschooled in California from 1st through 8th grade. For additional thoughts and experiences from other homeschool alumni, see our Testimonials page.