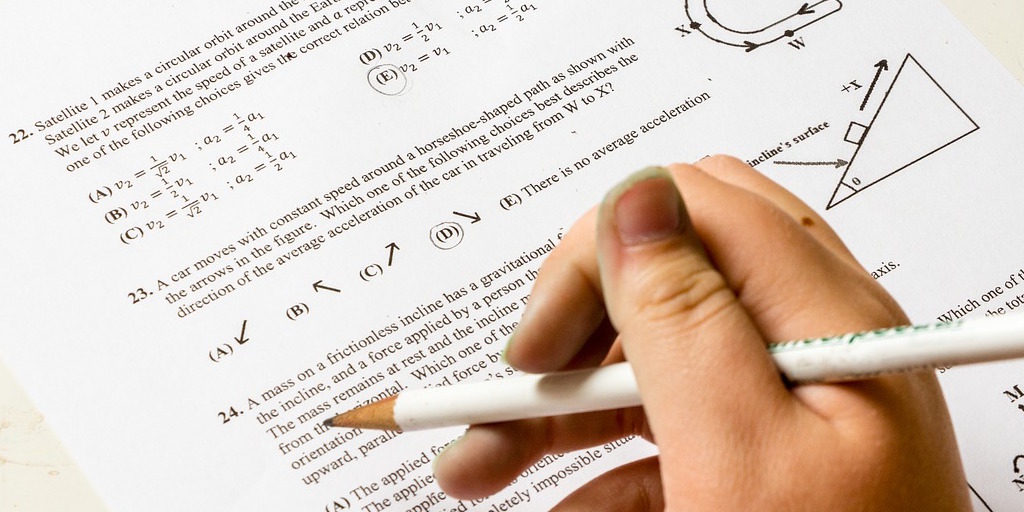 Our knowledge of homeschooling’s effect on academic achievement is limited by the fact that many of the studies that have been conducted on homeschoolers suffer from methodological problems which make their findings inconclusive.

When people look at data studies and see a relationship between two things, they often assume that there is an obvious cause-and-effect, A-makes-B-happen, relationship. Sometimes this is true, but sometimes this isn’t. For example, there is a very strong correlation between sales of ice cream and shark attacks. Does this mean that buying ice cream somehow causes sharks to attack people? In actual fact, both ice cream sales and shark attacks are higher in the summer, leading to the correlation. But if you believed that correlation always implies causation, you would have to logically conclude that there is a causal connection between buying ice cream and being attacked by a shark. This kind of false logic is too often prevalent in research on homeschooling, where researchers attribute children’s high test scores or achievement to homeschooling when the true causal factor may be excellent parenting and resources and the child would have excelled in any kind of school.

3. No correction for background factors

Most of the studies of homeschooled students that have been conducted use volunteers, which means that they are not random or representative of the homeschooling population. This also means that test result reports are likely to be upwardly biased, as only the parents of students who are testing well are more likely than others to volunteer their children’s test scores. Further, some homeschooling groups tell their members not to participate in research studies, whether the research is funded by the government or by academic or ideological organizations. This adds to potential bias and limits the validity of all homeschooling studies.

Despite the problems in existing research, homeschool advocates continually tout studies which show that homeschooled students significantly outperform students who attend conventional schools—or so they claim. Frequently, a closer look at the studies will show that advocates are exaggerating homeschool successes or ignoring important caveats about the data or which causal effects can be drawn from it.

We here at CRHE have assembled some of the most important studies conducted and numbers collected to date that deal with homeschooled students’ academic achievement. You will find a summary of the findings, methodologies, and limitations of each below.

Possibly the most famous study to be conducted on homeschooling, it is also one of the most widely misunderstood studies. Although Rudner says in his abstract that “[b]ecause this was not a controlled experiment, the study does not demonstrate that home schooling is superior to public or private schools and the results must be interpreted with caution,” homeschool advocates frequently use Rudner’s results to demonstrate exactly that. Further, Rudner used only a non-random sample of homeschoolers who were all using Bob Jones University-provided curricula—limiting the generalizability of his results even further. Rudner is very clear that his results only show that homeschooling can be successful—something we definitely agree with! For more, see our full analysis or this critique by Welner and Welner.

Brian D. Ray of the National Home Education Research Institute is one of the most prolific researchers in the homeschool research community. Unfortunately, many (if not all) of his studies fall prey to many of the methodology critiques we have outlined above. Most glaringly, Ray’s studies tend to rely on non-random samples of homeschooled students whose families are far wealthier, better educated, and more stable than the average American family, and then compare their scores to the national average without correcting for background factors. With this sort of sorry methodology, it is not a surprise that he finds that homeschoolers do much better than public school students. His 2009 report and related 2010 article, with the repeated non-random sampling problem and the conflation of correlation and causation, show the same weaknesses as his earlier work. For more, see our full analysis.

The CARDUS study is very interesting in homeschooling research, as it was not originally intended to study homeschooling students, but rather compare the outcomes for religious and non-religious students. As the researchers’ random sample included a substantial number of homeschooled students, they broke out the religious homeschoolers into their own segment, which allowed them to control for background factors. Interestingly, while the homeschooled students surveyed felt very positively about their experience, they actually attained less education on average than the students who went to public or Christian schools. For more, see our full analysis.

What We Do Know

Based on existing research on homeschooling, we can draw the following conclusions.

1) Homeschooled children who participate in studies do not tend to show educational deficits.

2) Homeschoolers tend to do better in reading and writing than they do in math and sciences.

This is a consistent trend that shows up in data across the board, from studies of standardized test scores to SAT and ACT scores to college achievement. Homeschoolers tend to do slightly better on reading and writing than they do on math and (when tested) science. We cannot say for sure why this is, but we hypothesize that it is due to the reading-intensive structure of most homeschool curricula. It may also be due in part to homeschool parents being less familiar with pedagogical approaches to math than they are with reading. (Interestingly, public school students tend to score slightly better on math assessments than they do on reading.)

3) Homeschoolers who attend college do well, but homeschooling may depress college attendance.

Homeschoolers who enroll in college tend to succeed academically, and in some cases may do better academically than their public school classmates. Homeschoolers report having some difficulty adjusting to the structure of a large class and to socialization, but appear to generally adjust well. These conclusions are based on relatively small sample sizes and anecdotal studies, they seem to be consistent across all research we’ve encountered. However, there is some indication that a comparatively lower percentage of homeschoolers attend college than average. While some parochial colleges may report higher than average percentages of homeschooled students, anecdotal reports from state colleges suggest that only about 1% to 2% of their students were homeschooled, although somewhere between 3% and 4% of all K—12 students are homeschooled. Further, homeschooled students are underrepresented among those who take the SAT and the ACT. The Cardus Education Survey, which used a random sample and corrected for background factors, also found that homeschooling depressed college attendance. It is possible that some homeschoolers may not identify as such when they apply to college or take the SATs or ACTs, but this does not explain the full discrepancy. For more, see our brief on homeschool outcomes.

Homeschooling really took off in the 1980s and early 1990s, which means that the first generation of homeschoolers is just now reaching adulthood. There is no widespread systemic follow-up of these former homeschoolers, and those few that have been attempted have many methodological issues. We will be keeping track of this cohort as they keep moving on, and hope to find ways to compare their outcomes to non-homeschooled adults raised under similar circumstances.

Some key areas for future research include: homeschooling enrollment in college; homeschool retention over time; and careers chosen by those who were homeschooled. Some of these topics will be difficult to study. For example, we do not know if the relation between homeschool test-takers and homeschool non-test-takers is the same as between public school test-takers and public school non-test-takers. At the most basic level, because of the nature of public schools and homeschooling it is relatively easy to gather representative data on public school students’ academic achievement but comparatively difficult to gather representative data on homeschool students’ academic achievement. This may account for some of the methodological problems in previous studies, but it is no excuse for promoting bad data.