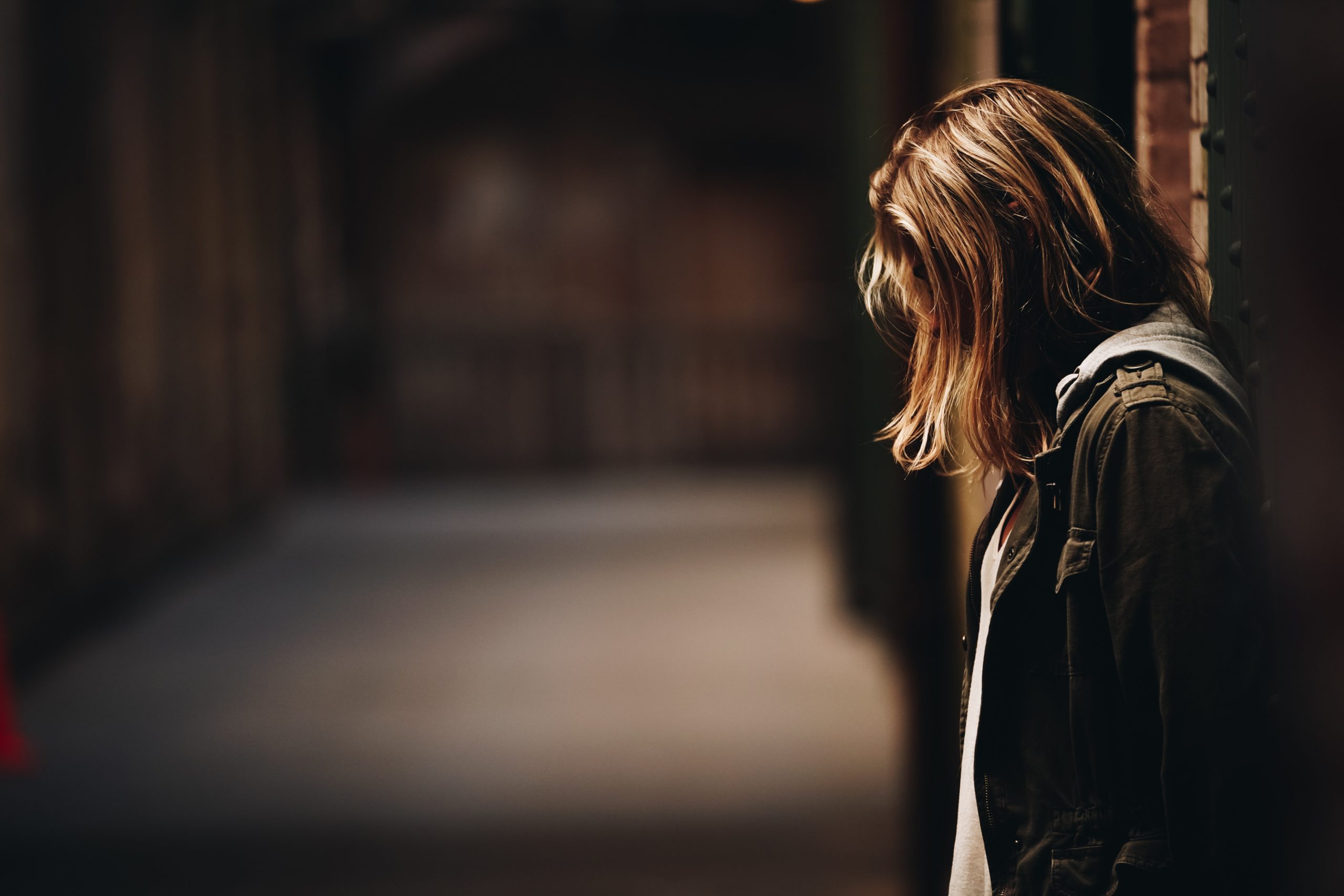 Kelley Richey: “My mom let her mental health issues seep into every aspect of our lives”

“Mom would tell me that I was refusing to learn how to read because I didn’t love her. That really triggered so much anxiety in me as a youngster trying my very best to understand new concepts that weren’t easy.”

The following story is my own experiences as a product of homeschooling. I have taken chunks of already written material from my blog where I discuss my experiences in depth. I have compiled the most relevant information within this testimonial and I hope it is eye-opening as well as informative.

My name is Kelley Richey and I am the middle child of six children. We were raised in an extremely religious and right-wing, homeschool setting in rural Kentucky. My two oldest sisters attended elementary school until they were pulled out of the public school system to be taught at home. I was homeschooled from Kindergarten through highschool graduation. Due to the nature of my experiences, the process of being taught at home was not easy, and definitely not pleasant.

My mom is a woman who suffers from severe mental health issues, which made life and school extremely hard. She was both emotionally and physically abusive with every one of us. She let her mental issues, which ranged from severe depression to multiple personality disorder, seep into every aspect of our lives.

My memories of being homeschooled early on consist of mom trying to teach me to read. It was such a difficult and traumatic process for me. She would take my struggling to learn as a personal attack. Mom would tell me that I was refusing to learn how to read because I didn’t love her. That really triggered so much anxiety in me as a youngster trying my very best to understand new concepts that weren’t easy. I always felt like the stakes were SOOO high if I did not succeed.

I loved my mother regardless of her inability to see it. I wanted to read and I wanted to learn. But even though I eventually did learn how to read, it remains a very traumatic period in my young life. She would tell me that I wasn’t learning math (or whatever the struggle was that particular day) because I couldn’t prove to her that I loved her. If I was really having trouble with a concept, I would receive a spanking or two. Every day, learning to me meant that if I did not pick up the concepts, then I would be beaten or told that I was an unloving child.

Later on my mother would end up not teaching me high school. As I entered my freshman year she said “I will not help you with your schoolwork at all if you cannot once and for all prove to me that you love me”. This was an impossible task because she had severe abandonment issues and deeply believed that nobody loved her at all. Her idea of love was so specific, unknown, or unachievable to us, it increasingly became impossible to achieve or prove.

The most exciting thing about homeschooling as a kid was the excitement over new books, which was the extent of my mom’s effort in providing us with an education. We would put a lot of energy into picking our curriculum. Abeka, which was my favorite brand of textbooks—I loved their science books and thought the textbooks were beautiful, with lots of colorful illustrations and photographs—or Bob Jones, which was the most depressing and colorless curriculum I’ve ever seen in my life. We would get our new books, we would be excited, we would open them and we were then given free rein to teach ourselves.

That, in and of itself, was hugely detrimental. How can a child teach themselves a subject they don’t understand? Math for instance was and remains hell for me. I can’t tell you how many beatings I received over my inability to learn it. In fact, I believe to this day that I was dealing with an (undiagnosed) learning disability like ADHD or something to that effect, but it was seen as just pure rebellion.

I don’t fully understand how I even survived as a child, but I did love to learn and I would try my best to teach myself. But there was no structure or designated school time, and there was no real guidance and no test taking to measure progress or understanding. How can children be expected to have the foresight and discipline to handle their own educations? There was no way to track our progress and it would be completely reliant upon whether my mom was in a good mood or feeling mentally stable enough to even sit down and go through a chapter with us. There were six of us, and she really didn’t even care about any kind of structure. It was solely dependent upon us, the children, to take interest in our own educations, or for any learning to take place whatsoever.

When we lived in town, we would try and play outdoors as much as possible. But the house was too close to public streets and Mom would tell us that we would get taken by social services if they saw us playing outside during school hours. This had us completely terrified of social services as some evil entity that would come and take us away from our parents for absolutely no reason. Once we moved into the countryside, we could play outside more freely. But she still had us running scared so that any time we heard the sound of a car coming up our long driveway, we would immediately scamper inside. Our goal was to be invisible and not look suspicious of being out of school.

In the end, social services were called on my mom specifically at least twice by friends of the family or by distant family relatives. My mom would always win in these scenarios because when they would show up she would simply call the Home School Legal Defense Association. HSLDA would come to the rescue and the social services would not even be allowed to step foot in the house. Case closed, nothing to see here.

“How do homeschoolers get high school diplomas for their children?” you may ask. HSLDA and the homeschooling powers that be can blindly provide you with a legitimate high school diploma. Even in the absence of tangible proof that you’ve actually taken the classes that you claim to have taken. This is not a joke or exaggeration. There was no testing, no nothing. I just got a high school diploma in the mail without having to prove that I had actually completed Algebra 1 or 2 (which never happened). I would say about half of the things on my high school transcript were almost completely fabricated.

There is a huge gap within laws and checks and balances (when and where those do exist) in place (or not) to protect the child and to ensure that learning is being done. In contrast, there are plenty of protections for parents, including legal assistance such as HSLDA.

Every single homeschooling family that I grew up around was homeschooling for religious reasons: to keep their children from any kind of secular influence. There was no other meaningful reason(s) that the parents were using to justify homeschooling. Simply done to keep their child away from “dangerous” concepts like evolution, science, or religious tolerance. In my opinion, the values they base(d) their lives upon must be flimsy. Flimsy because of their belief that the only way to ensure the child is kept from going astray, is to keep their child away from people who might tell them anything that goes against their ideology.

The very curriculum that we purchased for our fake school was solely based around the fact that they were biblically-based. And the assurance that some kind of religious worldview would be pushed upon children. It wasn’t for the purpose of learning real world facts. Instead it was scripturally based, and did not prove conducive for actual learning and life skills.

The very first and only test I had ever legitimately taken before college was the ACT. This was the test that would determine my eligibility for entering college. The only reason that I successfully was able to take that test was because of my sister. As the oldest of us, she was such a good example, a hard worker and was so determined to not let our pasts define us. She wanted me to have the chance to go to college as well, so she made sure to mentor me and help me through the preparation process. Without her I would never have made it.

I think homeschooling has its place in our society. I think that it is and can be good. But it serves its purpose only if the guidelines and protections in place are just as beneficial for children as they are for parents who choose to homeschool. Without these standards and laws in place, there are many who abuse and have abused the privilege to school at home. So I believe some serious reform is needed nationwide to improve the standards and expectations of parents.

I want to use my story as a way to not only educate and empower those who are considering this for their own children, but also as a cautionary tale for how wrong things can go. Especially when there are no checks and balances in place. I thankfully went on to go to college and graduated with a Bachelor’s Degree in Arts. It took me a long time to finish. I moved around a lot and had to stop and then pick back up and continue my degree a few different times, but I finally graduated last year. It only took me from 2006 to 2019, but I can proudly say that I was an A student and graduated with a 3.9 GPA.

Overall I didn’t do too badly for myself, but that is only because of my stubborn perseverance. My homeschooling experience hindered me more than it helped me in my ability to achieve success in current endeavors and where I currently am, educationally and socially. I want to be a part of a revolution and change in the realm of homeschool laws and protections. If the United States wants to continue to allow this practice to continue, we are all going to have to take a hard look at what is really going on. We have to implement better ways for children to be protected and followed up on, especially when they are away from the public eye. This is an area where we cannot turn away and say less government oversight or regulation is better. When it involves education and safety for our children, we must take action.

Thank you all for your time and attention! If you would like to join me in this discussion, please hop over to www.thefamilytiespodcast.com to listen and read some interesting material on the subject.

Kelley Richey was homeschooled in Kentucky in the 1990s and early 2000s. For additional thoughts and experiences from other homeschool alumni, see our Testimonials page.

← Elizabeth B.: “I begged my mother to help me come up with a transcript and diploma”
Reanna G.: “Homeschooling was not in MY best interest.” →