Horrific Homeschool Homicide Case Changes Laws, But It Is Not Enough

A horrific murder case has come out of Georgia in recent weeks which is changing homeschool law in that state. Finally, law-makers are attempting to create more regulations to protect children who are pulled from public school under suspicious circumstances. From WSAV 3 News:

The Department of Children and Family Services (DFCS) would also be notified if a child is withdrawn from school without notification or stops attending school for an extended period or cannot be located.  Currently, parents are only required to give notice once a year with the student’s information.

Stephens says the bill was amended Wednesday to protect homeschoolers. He says the purpose is “If there is any indication of a child in the school that has had a past history of abuse then it ought to be notified through the school system that the Department of Children and Family Services ought to go investigate it. And these two kids in Guyton fell through the cracks clearly and all we’re trying to do is remedy that.”‘

In many of the homeschool homicide cases in this blog, children were pulled from public school to be homeschooled, which was easy for parents to do, because of little to no regulation around homeschooling. Even parents with Department of Children and Family Services (DCFS) or Child Protective Services (CPS) cases have been able to pull their children from school in order to continue and escalate abuse at home without being found out.

However, in many of the most horrific child abuse and homicide cases, DCFS was already aware of the abuse before the homicide occurred.

Elwyn Crocker fathered three children with two different women. The children are Mary, Elwyn Jr., and James. Elwyn was investigated in South Carolina in 2008 for assaulting the mother of one of his children, Rebecca Grantham Self. Rebecca and Elwyn are the parents of James, born in 2007. In 2008, Rebecca told police that Elwyn grabbed her by the throat, slammed her into a wall, and also hurt baby James, after Elwyn flew into a rage. James has cerebral palsy. At the time, children Mary and Elwyn Jr. were living with the couple. Mary and Elwyn share the same mother, who so far has been unable to be reached for comment in this case, and is reportedly homeless. Self was later convicted of assaulting Crocker. Crocker was never charged, and the Department of Social Services gave him James to take care of after the couple split up.

Later, Elwyn married a woman named Candice, and moved to Georgia with the three children, settling in a trailer park in Rincon. Police and the Department of Children and Family Services were called many times in the years after Elwyn was investigated for assaulting Rebecca Self, this time about his new family with Candice.

In 2012 and 2013, records show that DCFS investigated Elwyn and Candice for child abuse, and the couple were required to take parenting classes due to their abusing Elwyn Jr. Candice’s mother Kim Wright and uncle Mark Wright began to hang around the trailer, and neighbors report that family life noticeably deteriorated as a result.

Things evidently got even worse when Elwyn and Candice moved, along with the children, into a trailer in Guyton that Kim Wright shared with her son, Tony Wright, and her boyfriend, Roy Anthony Prater.

On March 16th, 2017, a neighbor of Elwyn Jr.’s reported to a counselor that she had seen him being beaten by his grandmother, Kim Wright, with a belt for more than an hour, about a year prior, in 2016. She came forward to talk about it after seeing a presentation at school about child abuse. DCFS were notified but declined to investigate the case, saying that it had happened a year ago, even though they were aware of the 2012 and 2013 incidents involving Elwyn Jr. It is quite possible that Elwyn was already dead by the time his classmate reported the abuse and DCFS was again notified. He had not been seen since November, 2016.

Police had also been called multiple times to the Guyton trailer due to constant fighting between the adults who lived in the home. Child welfare agencies looked into the situation during these times.

At some point, the Crocker and Wright families began to keep Mary, age 14, in a dog kennel in the kitchen, zip tied and naked. She was starved and given purposely distasteful food with vinegar in it. She became so stiff from being kept in the cage that the family would take her out and strap her to a ladder in order for her body to stretch. They also tased and physically abused her.

The abuse of Elwyn Jr. and Mary escalated to homicide, although how exactly they were killed is still not known.

A concerned citizen called police after Mary had been missing for some time. Police arrived at the home for a welfare check and questioned the adults present about the whereabouts of Mary. It was quickly determined that everyone was lying. The next morning, December 20th, deputies were led to the backyard by Elwyn senior, where he confessed that both Elwyn Jr. and Mary were buried there. A neighbor has since come forward to tell reporters that he witnessed Elwyn Crocker carrying out some kind of activity on the grounds of the home with a shovel in recent months.

James, age 11, was found alive in the trailer, laying on the floor of a bedroom with a blanket over him. James has been described as “not having been abused” in the media, but it is hard to say at this time what exactly happened in the house, and the fact that he was laying on the floor with a blanket over him does not necessarily sound good. James’ biological mother, Rebecca Self, told reporters that he was likely not abused, or as abused, as the other children, because the adults were dependent on his social security check. James has been placed in the care of social services.

According to Homeschooling’s Invisible Children:

‘Elwyn Jr. and Mary were enrolled in Effingham County public schools for most of their lives. Several reports were made about the family to child services. In January 2014, Elwyn Jr. was withdrawn from school to be homeschooled. He was last seen in November 2016 at age 14. Mary continued to attend school until May 2018. She was withdrawn from school to be homeschooled in August 2018. She was last seen in October 2018 at age 14.’

Reports indicate it is possible that the parents did not sign an official withdrawal form to withdraw the children from school.

I am unsure as to the educational status of James, who has not been as widely reported on as the other children. I have not found anything indicating that James was enrolled in public school. It is very likely that he was also “homeschooled”, although it is clear that the children were not being educated in this situation, but abused and neglected.

Followers of this blog know how easy it is to withdraw a child from school in almost all U.S. states, and enroll them in a “homeschool”. In many cases, it is a legitimate homeschool and nothing is wrong. However, this lack of regulation has repeatedly been used to cover the most heinous child torture and homicide cases. The Crocker children, like homeschool homicide victim Erica Parsons, were missing for quite some time before their bodies were discovered, but had never been reported missing. Thankfully a neighbor noticed that Mary Crocker was suspiciously absent from the neighborhood and alerted police. But it still took months until law enforcement discovered her body. In the case of Elwyn Jr., it took years. The fear and pain Mary must have lived with, knowing her brother had been murdered by the adults in the home is hard to imagine. Like many homeschool homicide cases, Mary was tortured up until her death. Torture of a child is hard to conceal unless the child does not leave the home, and it is less likely that people will realize a child is missing if they have been homeschooled.

It is good that Georgia is attempting to enact legislation that would make these types of crimes harder to get away with. However, my concern is that DCFS had been called multiple times already in this case. The new legislation requires schools to contact DCFS if a child has been withdrawn from school under suspicious circumstances. That is one more call to DCFS where they may not do anything. While it is better than nothing, it is not enough.

There needs to be more laws around homeschooling than just something which requires yet another call to DCFS. DCFS had been called over the course of these children’s entire lives and nothing happened. While sometimes DCFS does a great job, in other cases they do not, and this is one of them. More regulations need to be in place around homeschool. If there were educational standards that children were required to reach, more reporting on the homeschool to the state, mandatory doctor visits, and mandatory disability services, there would be more opportunities for child abuse to be found out. Mary was reportedly malnourished, which is something a doctor would hopefully notice. Many tortured children are also starved.

There would also be less incentive for neglectful, abusive parents to withdraw children from school to start a “homeschool” if there were real requirements in place for proving the child is being educated. It might be a deterrent to abusers looking for an easy way to cover abuse if there were regulations around homeschool education. Abusive parents like the ones in this case are not pulling their kids out of school due to a genuine desire to give them a better education. They are pulling them out of school so they won’t be caught for abusing the children.

Starting a homeschool by providing an email address to the state and then doing nothing for years should not be something people should ever get away with, especially with disabled children. As I have written about before, the Americans with Disabilities Act is not optional. It covers everyone in the U.S. who has a disability. So why aren’t homeschooled disabled children required to receive disability services? One issue is that the ADA is a complaint-driven act. It is not enforced. However, if there were more laws around details like homeschooling, it would lead to the rights of disabled children being honored.

While James Crocker may “not have been abused” the situation he was living in was horrific. Subjecting a child to witnessing their sibling tied up in a dog cage and tasered is abuse. People think that children with cerebral palsy are not intelligent and do not know what is going on, a common bias about disabled people in general. All of the children in this case were abused. All of the children needed better monitoring. States need to have more than one reporting system in place for homeschooled children, and less incentive to pull your children out of school in the first place. 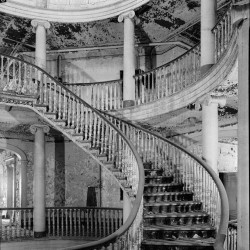