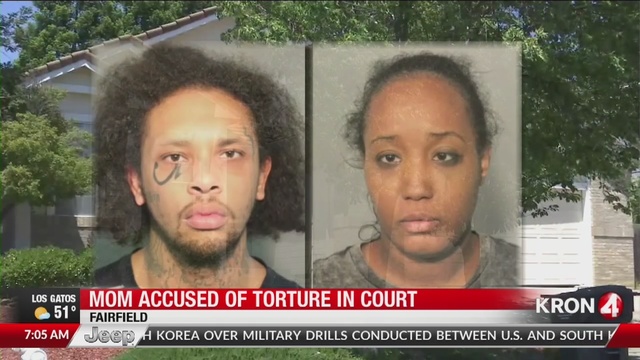 For Immediate Release: The rescue of ten homeschooled children from a life of torture comes following other concerning cases and a new provoking study

Canton, Ma., 05/21/2018—Officials are accusing Ina Rogers and Jonathan Allen, of Fairfield, California, of torturing their ten children, ages 4 months to 12 years, for “a sadistic purpose.” The children did not attend school; Rogers reports that she was homeschooling them. The couple stands accused of shooting the children with pellet guns and crossbows; strangling and scalding them; and waterboarding them. “This case in Fairfield fits many of the themes we have seen in child abuse cases that occur in homeschool settings nationwide,” said Rachel Coleman, executive director of the Coalition for Responsible Home Education (CRHE), a national nonprofit organization that advocates for homeschooled children.

“Cases like the one in Fairfield, California, need to be understood within a wider context in which abusive families routinely use homeschooling to hide abuse,” said Coleman. “Many individuals have rightly noticed similarities between this case and the Turpin case and expressed concern,” said Coleman. “But the use of homeschooling to conceal child abuse and neglect is neither new nor isolated or rare.” CRHE has been cataloging similar cases in the Homeschooling’s Invisible Children database since its founding in 2013; the earliest case in the database is from 1986. “Inadequate homeschool laws that offer no safeguards are easily manipulated by parents who want to escape the legal consequences of child abuse,” Coleman explained.

In April, the Connecticut Office of the Child Advocate (OCA) released a report finding that 36% of children withdrawn from school to be homeschooled in six school districts between 2013 and 2016 lived in families subject to prior accepted child abuse and neglect reports. The majority of these children (88%) lived in families that were subject to multiple prior accepted reports or had been the subject of at least one substantiated report.

“The OCA report is not the first study to raise concerns about homeschooling being used to conceal child abuse,” noted Coleman, referencing a 2014 study of child torture in which 47% of school-age victims examined had been withdrawn from school to be homeschooled and another 29%, like the Fairfield children, had never been enrolled in school.

According to the California Department of Education, Rogers and Allen did not register their homeschool with the state. However, this does not necessarily mean their homeschool was not operating legally. Many homeschooling parents in California enroll their children in private “umbrella schools” which allow them to avoid providing their information to the California Department of Education. These umbrella schools often offer little to no oversight of their students. It is also possible that Rogers and Allen were operating their homeschool in violation of the education statues — homeschoolers often refer to such truancy as “homeschooling under the radar.”

“If state laws were not being followed, that ought to have surfaced when the family was investigated by social services three years ago,” said Coleman. “Unfortunately, we have found that social services does not always verify whether a family that claims to be homeschooling is doing so in accordance with the law. We need both good laws and effective enforcement.”

Following the Turpin case, in which 13 homeschooled children were rescued from decades of imprisonment and starvation in a Perris, California home, two bills designed to improve the state’s oversight of homeschooling were introduced in the California Assembly. Both bills were opposed by organizations representing homeschooling parents and neither made it out of committee. “It is our hope that the Fairfield case and the growing attention being paid to this issue nationwide will bring the California Assembly back to this subject in the next legislative session,” said Coleman. “There are homeschooled children out there today who need help.”

← Many Homeschool Families Have Past Child Welfare Reports, CT Study Finds
Rebecca F.: “The physical abuse and neglect was obvious to me from a very early age” →