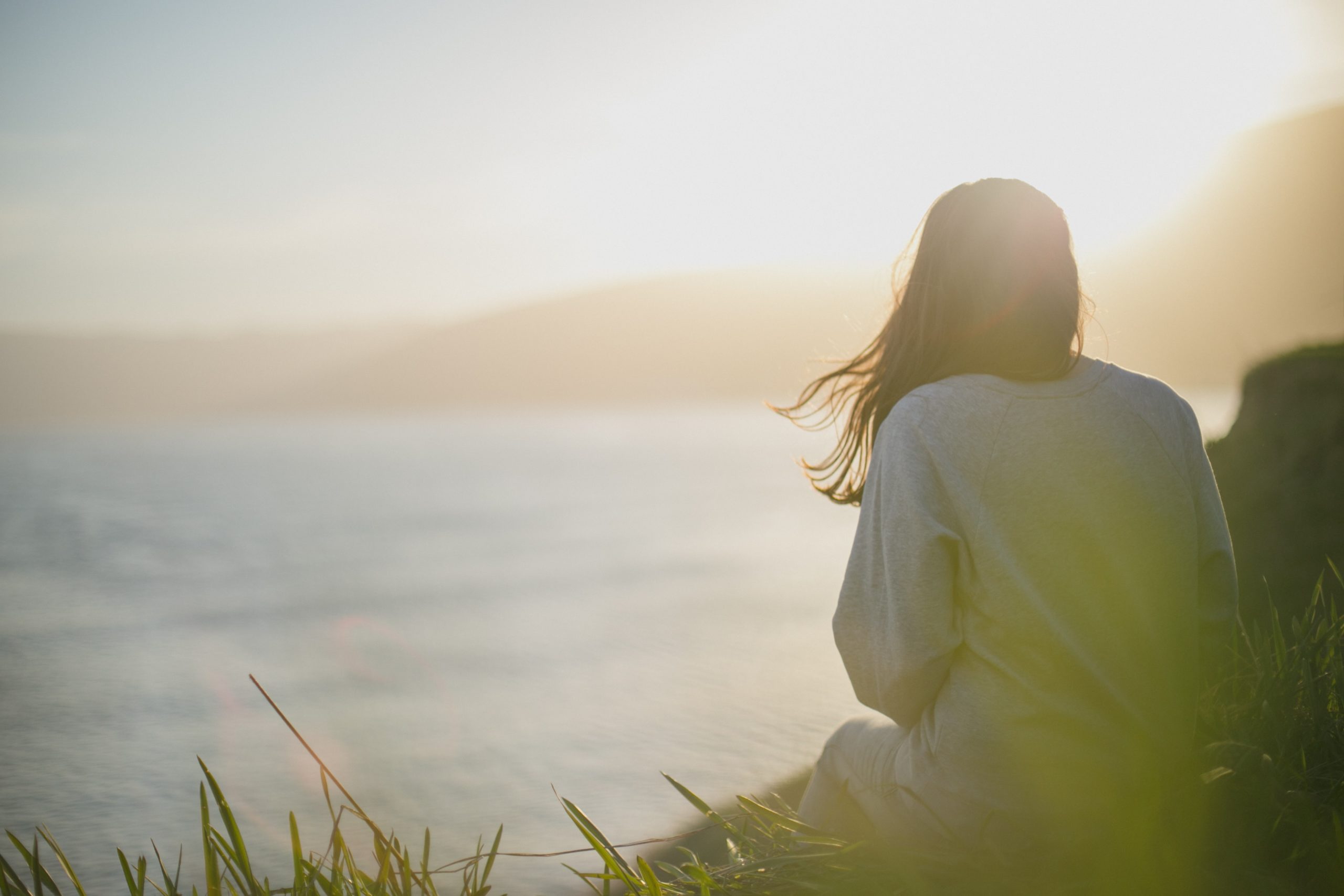 Amy W.: “Supporting homeschool oversight is the least we can do”

“I lived in a continuous state of fear and learned helplessness. I was afraid to make even the smallest decisions for myself.”

My family began homeschooling in 1991, the year my older sister was set to enter kindergarten. Our local public school had a terrible reputation, and my mother believed she could provide us with a better education by homeschooling us. My mother was in some ways a model homeschooling parent, or at least she was very disciplined about doing school every day, and I was given a high-quality education, at least according to my standardized test scores.

The problem, however, was that while my mother may have successfully taught me to do formal, written academic work, she didn’t teach me to do anything else. We didn’t follow a highly structured schedule and I never had homework or due dates or anything, so I never learned any sort of time management skills. My mother kept track of all of my books and papers, so I never learned any sort of organizational skills. We didn’t have opportunities to play in an active way, such as recess or PE, and my mother didn’t sign us up for sports, so I became weak and uncoordinated. We rarely did science labs or arts and crafts, so I never learned to do anything hands-on. I seldom had the opportunity to play with other kids, and when I did, my sister was there too, so I never learned to be independent in social settings or to speak on my own behalf. I learned to read and do math, but otherwise remained on the level of a helpless toddler.

My mother was manipulative and emotionally abusive. She would become frustrated with me if I made small mistakes or had the slightest difficulty with anything. She would sometimes demand that I defend or explain minor decisions (one time when I was helping her cook, she demanded to know why I was standing on the side of the table I happened to be standing on. I felt stupid, because I couldn’t provide her with a logical explanation). Sometimes she would make demands that were completely self-contradictory (one day she might be angry because a light had been turned out and the house was too dark, but then another day she might be angry because the same light had been left on and was wasting electricity). There was no telling what would set her off on any given day. She could literally become angry because you looked at her wrong. She was never empathetic to my distress. If I cried, I got a spanking. (This only applied to me: my sister was never spanked for anything.) I lived in a continuous state of fear and learned helplessness. I was afraid to make even the smallest decisions for myself, like deciding which side of the table to stand at when cooking, for fear that I might somehow be doing something wrong. There were hours at a time when I had nothing to do: my mother would only give me schoolwork and housework to do and I was left to my own devices for long periods, but I was too scared to initiate any activities of my own or to come up with my own ideas.

If I had been in school, my mother would not have had such complete control over my life because I would have been away from her during the day. I would have learned a much wider variety of skills, and I could have had frequent contact with people besides my mother, and learned how other people think and behave.

When I was in third grade, my family moved to a better school district, but we continued homeschooling. I spent fourth grade begging and pleading with my mother to enroll me in public school. She finally relented and I started public school for fifth grade. School was terrifying. Most of the time, I felt like I had no idea what was going on. My teacher was often frustrated with me, and my classmates looked down on me and picked on me. The problem wasn’t so much that I was missing any specific piece of factual information so much as I was missing certain pathways to learning new information: because my homeschool curriculum had only included reading and writing, I had never learned to follow along with spoken instructions or visual demonstrations. Because most graded assignments in public school are written, I was able to straggle along and make good grades, but I couldn’t do anything else. I couldn’t do art projects, play sports, make friends, or do anything besides pencil-and-paper bookwork. I’ve never met anyone who attended traditional school K-12 who has the kinds of problems that I have. To this day my communication skills in reading and writing greatly outstrip my skills in speaking and listening. I don’t drive, and I don’t believe I have the observational skills required to drive. I am thirty years old and still dependent on my parents. I have spent most of my adult life as isolated as I was during childhood. I’m glad I attended public school for grades 5-12, but it did not replace the experience of attending grades K-4.

I don’t exactly support homeschool oversight, because there is no type of oversight that would have helped me. The only thing that would have helped me would have been if homeschooling had simply not been an option for my mother. Homeschooling is not a workable method of education. It is a giant social experiment that has failed miserably and needs to be ended as quickly as possible. It is impossible for even the most dedicated parent to provide their child at home with the same rich variety of experiences that would be available at a real school, and homeschooling by its very nature cannot meet a developing child’s need to begin establishing independence from parents. No regulation will ever be able to change this fundamental flaw with the whole concept of homeschooling. For me personally, the most damning piece of evidence against homeschooling is that I’ve never known anyone who actually benefited from being homeschooled. I’ve known some people who liked being homeschooled, including my own sister, but these people are not discernibly different from people who were educated entirely in traditional schools. If a homeschool success story is one in which the student isn’t harmed, that’s not much for the homeschooling community to be proud of. If the best possible outcome of homeschooling is that the students grow up to be perfectly normal, there is no reason for homeschooling to continue existing.

Because homeschool families are so spread out and lead such private lives, there is no practical or effective way to monitor what they are doing. Even if it were possible to require every homeschooling family in the country to attend weekly interviews with social workers, that would not be enough–most homeschooling parents would feel no guilt about lying to social workers or evading the law completely. If you personally know a homeschooling family, you have no way of knowing what really goes on behind closed doors. Neither would a social worker who might visit once in a while. The only way to end abusive homeschooling is to end all homeschooling. If homeschooling became completely illegal tomorrow, the lives of thousands of neglected and abused children would improve, and nothing would be harmed but the egos of narcissistic parents.

As you read this, there are homeschooled children all across the country who are in the process of being slowly tortured to death by their own parents. If homeschooling became illegal tomorrow, perhaps those children’s lives could be saved. But because that’s not going to happen, we’ll learn those children’s names on the news in a few years’ time, after their mangled bodies have been discovered and it’s too late to help them. It is on these children’s behalf that I refuse to compromise on this issue, or to waste time pretending that homeschooling can somehow be made to work if only there were enough oversight, or to humor narcissistic homeschooling parents by assuring them that most homeschooling is good. The whole concept of homeschooling needs to be condemned wholesale and burned completely to the ground. I’m soaking it in gasoline; I dare you to light a match.

The current popularity of homeschooling should be considered a national crisis. Unfortunately, there are as of yet no organizations that have the nerve to stand up to homeschooling parents, or to treat the need for a complete ban on homeschooling with the urgency it deserves. Supporting homeschool oversight is the least we can do: if we can’t completely remove this cancerous tumor on society, perhaps we can at least keep it contained.

Amy W. was homeschooled in Georgia in the early to mid-1990s. For additional thoughts and experiences from other homeschool alumni, see our Community Voices page.

← Reanna G.: “Homeschooling was not in MY best interest.”
Danielle C.: “The state never followed up on my education” →