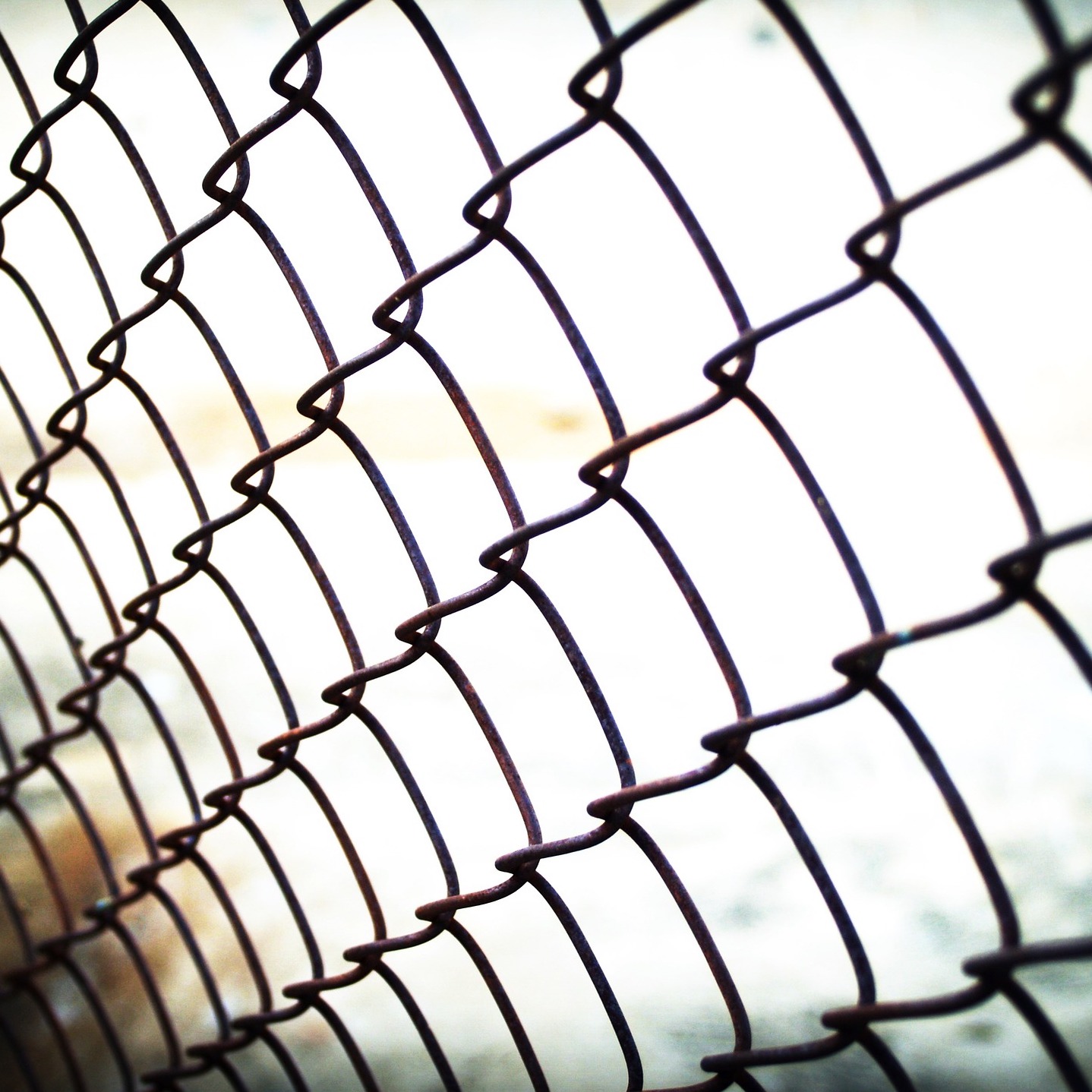 Hana Williams was 13 when she died of hypothermia, shut outside in the cold by her mother as a punishment for being “rebellious.” Lydia Schatz was only 7 when she was beaten to death by her parents for mispronouncing a word. Christina Glenn was 8 when she died of starvation and medical neglect. Nubia Barahona was 10 when she was found bludgeoned to death by the side of a road. Her brother Victor, who was found beside her doused with chemicals, barely survived. All of these children, and many more, were homeschooled. The majority of homeschooled children do not grow up in abusive families, but for abused or neglected homeschooled children homeschooling can be a powerful tool in the hand of their abusers, a tool that can be used to isolate, cut off help, and perpetuate and intensify abuse.

In some cases, abusive parents homeschool deliberately to keep their children from having contact with mandatory reporters like teachers. They may never enroll their children in school in the first place, or they may begin homeschooling after their children start to speak out about their abuse, or after a report of abuse or neglect is investigated and found unsubstantiated. In one case, a mother withdrew her daughters from public school to homeschool them after they told teachers that their older brother was molesting them. She stated that she wanted to ensure her daughters would not “spread lies.” While this mother was not ultimately successful in isolating her children and removing them from help, others are. In these cases, homeschooling is a premeditated step taken to remove children from contact with mandatory reporters who have shown that they can and will report abuse and neglect. In many cases, being removed from school also means that children are removed from their primary source of information on how and when to get help.

In cases where initial reports against an abusive parent are investigated but unsubstantiated, social services may be able to substantiate future reports. Evidence may accumulate over time, and abusive parents who are able to hide their abuse during an initial investigation may slip later. When abusive parents withdraw their children from school after initial unsubstantiated reports of abuse or neglect, however, they prevent future reports from being made. By doing so, they are able to commit abuse or neglect that would be reported again, and perhaps ultimately substantiated, were their children still attending public school.

Even in cases where a social services case is open and a family is thus “on the radar,” homeschooling may get in the way of the ordinary assumptions that shape social services’ decisions. There is a spacious middle ground between finding the abuse unsubstantiated on the one hand and removing children from the home on the other. In this middle ground, social services works to improve the family as a unit and to protect the wellbeing of children at risk for abuse or neglect without breaking up the family. In these cases, social services operates on the understanding that school-age children left in the home will be seen regularly by teachers and other school officials. It is for this reason that social services generally works to enroll preschool-aged children who are considered at risk for abuse or neglect in programs like Head Start. When children in families with open social services cases are homeschooled, this calculus is upset. This is why, for example, the children’s court-appointed lawyer during a well-known child abuse trial in California in the mid-2000s sought to compel the family to enroll the previously homeschooled children in school to ensure that they would be seen regularly by mandatory reporters.

Of all child abuse reports in 2011, the most recent year for which we have data, 57.6% were made by professionals. This includes education personnel (16%) and medical personnel (8.4%) as well as legal and law enforcement personnel (16.7%) and social services personnel (10.6%). Abusive or neglectful parents who homeschool effectively remove their children from contact with each of these groups. Most schools require students to have doctor visits and medical records, but homeschooling parents are free from this requirement. Further, children who attend school sometimes have contact with law enforcement officials or other professionals through school presentations or medical screenings. Abusive parents who homeschool, however, have the ability to prevent their children from having contact with professionals altogether, and it is these professionals who are trained in recognizing child abuse and neglect, who are required to report abuse and neglect, and who file the majority of abuse and neglect reports with social services.

Of course, professionals are not the only individuals who report child abuse and neglect. Friends and neighbors (6.7%), parents (6.6%), and other relatives (6.7%) make reports of abuse and neglect in smaller numbers. There are, however, two major drawbacks to relying solely on family members and neighbors to report abuse or neglect in homeschooling situations. First, these individuals are often intimidated or frightened by the erratic or threatening behavior of the abusers, which may prevent them from calling in a report. Second, there is no guarantee that abused or neglected homeschooled children are actually seen by family members or neighbors. When cases of abuse or neglect in homeschooling situations come to light, the neighbors frequently tell reporters that they did not even know children lived there. Similarly, we have in the past been contacted by concerned grandparents, who reported that their homeschooling children had cut off contact with other family members and that the children were incredibly isolated. Abusive homeschooling parents’ ability to isolate their children can make discovery of their abuse, even by relatives, difficult.

Child abuse and neglect may also be reported by anonymous sources (9%), and there are numerous cases when abuse or neglect in homeschooling situations is discovered as a result of these anonymous tips. The anonymous tip encourages individuals who may be frightened or intimidated to report abuse or neglect by reducing the chances that they will face retaliation for doing so. Mandatory reporters like teachers are at less risk of facing retaliation from the parents of their students, and are thus less likely to be intimidated out of reporting suspected abuse or neglect. In the case of abuse or neglect in homeschooling situations, where children have no required contact with mandatory reporters, anonymous tips can at times be children’s only lifeline.

Very few states have any protections whatsoever to protect at-risk homeschooled children from abuse or neglect. No states have provisions for flagging children who are pulled from school to be homeschooled subsequent to unsubstantiated reports of abuse or neglect, following recently closed social services cases, or during open social services cases. Florida’s 2011 Nubia Report recognized this problem, concluding that the state’s Department of Children and Families “should work with the school system and Department of Education to devise an efficient alert system, with appropriate follow-up inspections, for at risk children removed from the school system and placed in ‘home schooling.’”

The problem is actually deeper than even this. Only Pennsylvania and Arkansas prevent convicted child abusers or sex offenders from homeschooling. In every other state in the country, parents may homeschool their children regardless of what crimes they may have committed and irrespective of past evidence of instability or abuse. Indeed, only Pennsylvania and Arkansas require homeschooling parents to go through any background check whatsoever. In every other state in the country it is easier to begin homeschooling than it is to get a license to own a gun.

It would be possible to mandate some degree of contact with mandatory reporters in noninvasive ways, such as requiring homeschooled students to be assessed annually either by a standardized test proctored by a teacher or other mandatory reporter or through an in-person portfolio examination conducted by a certified teacher. While such provisions would not entirely fix the problem, they might enable at least some abused or neglected homeschooled children to find help without unfairly restricting the entire homeschooling population. Yet very few states have such requirements. Only half of all states require any form of assessment, and many of those states have alternate options that allow parents to bypass these requirements. Further, many of these states do not require the assessments to be turned in, fail to mandate that standardized tests to be proctored officially, or neglect to require teachers conducting portfolio reviews to have any contact with the student they are assessing.