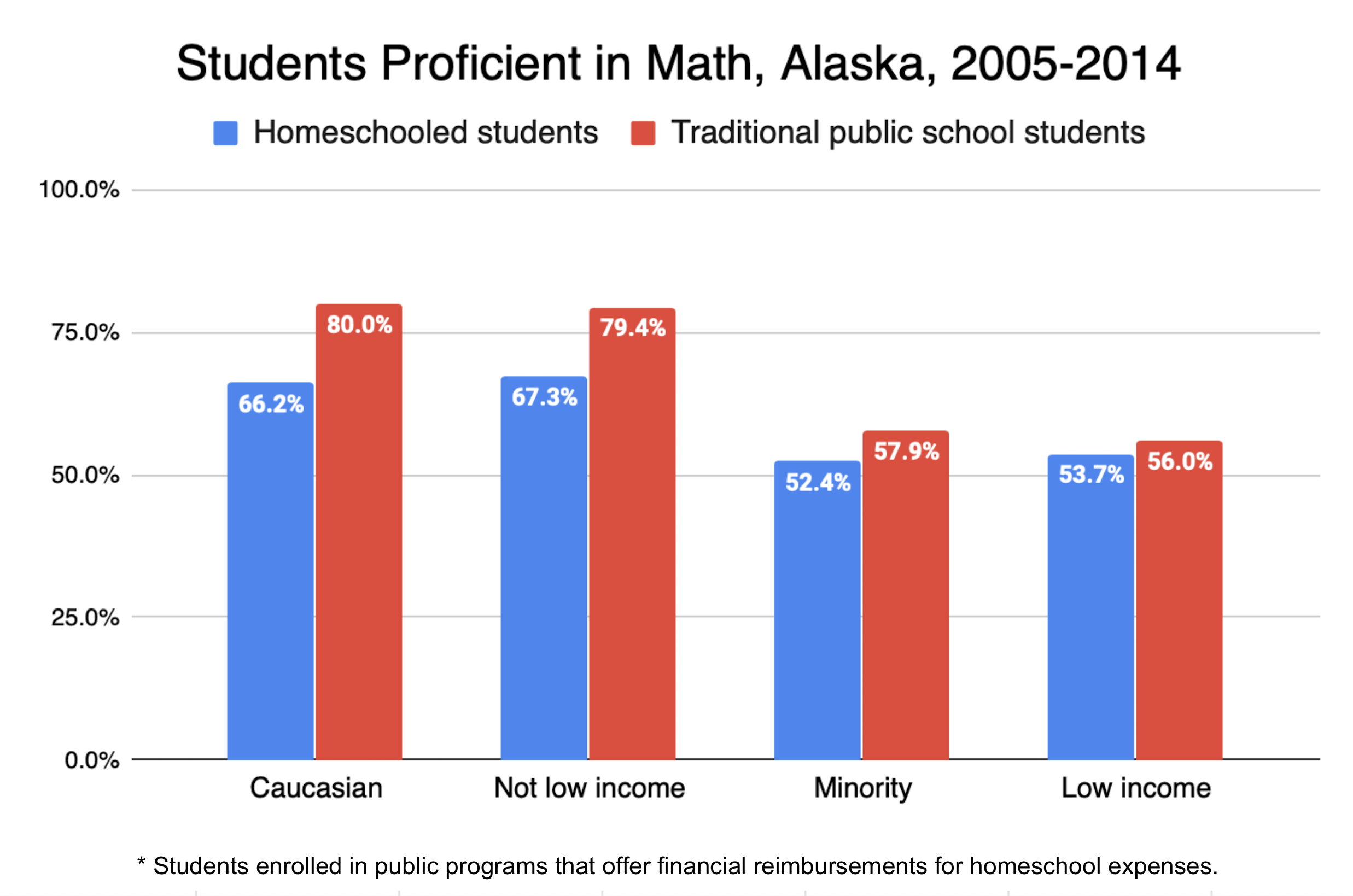 08/25/2020—The Coalition for Responsible Home Education (CRHE) announces the publication of a groundbreaking study on the educational outcomes of homeschooled children. “A Meaningful Measure of Homeschool Achievement,” published in the current issue of the peer-reviewed academic journal Other Education, is the first study to compare homeschooling outcomes with those of children in public school in a statistically rigorous way. “Through all the decades of debate over homeschooling, we’ve never had an accurate statistical picture of how homeschooled children perform academically compared to their peers in traditional schools,” says the study’s co-author, Dr. Rachel Coleman, who is also CRHE’s Executive Director. “This study is an important first step.”

“No study of this kind, with a large and randomized data sample, demographic weighting, and a direct comparison with public-schooled children, has ever been attempted,” explains lead author Dr. Chelsea McCracken, Senior Research Analyst at CRHE. “Most previous studies have relied on volunteers, which skews the results, and haven’t weighted for socioeconomic status or other factors that we know influence educational outcomes. You don’t learn much by comparing the best homeschooled students with average students in traditional schools. The important questions are: how do the average students in both groups compare with one another, and what factors cause students to perform better or worse in each setting? Our study is the first to propose an answer to these questions.”

This data source allowed McCracken and Coleman to look at around 195,000 test scores for students homeschooled in Alaska from 2003 to 2014. “These students were enrolled in programs that allowed their parents to receive public reimbursements for educational expenses while homeschooling independently,” Coleman explains. Coleman published a companion study in the same journal that traces the history of homeschooling in Alaska. “These programs are very popular in Alaska due to the financial incentive families receive,” says Coleman. “The vast majority of homeschooling parents in Alaska enroll in them.”

McCracken and Coleman’s findings on homeschooled students in Alaska have important implications for homeschooling families across the United States. “Families in Alaska homeschool for many of the same reasons other families homeschool,” Coleman explains. “They use similar educational methods and similar curricular materials.”

The homeschooled students whose scores were used in the study were required to take state tests in reading, writing, and math. McCracken and Coleman’s study compares these students’ scores with those of students in Alaska’s traditional public schools. The data are also broken down by students’ economic status, race, and disability status. “For the first time, we can get a full picture of how demographics affect homeschooled students’ test scores,” McCracken says.

The study’s primary findings were as follows:

“These results are remarkable,” says Coleman. “They don’t fit the established narratives either for or against homeschooling. Our findings suggest that if you’re white and relatively well-off, your children may do better academically in a traditional school than in a homeschool. On the other hand, if your children are being discriminated against or disadvantaged in a traditional school, home education may improve their academic performance.”

McCracken and Coleman found unanticipated differences in reading scores between different groups of students. “While previous research has found that homeschooling is associated with higher reading scores, we found that these gains were concentrated entirely among disadvantaged students,” says McCracken. “White students and middle- and upper-class students who were homeschooled showed no reading advantages.”

McCracken and Coleman were also surprised by what they found when they looked at students’ math scores. “While the existence of a homeschool math gap has been clear in the research for some time, this is the first time we’ve seen how it breaks down by income and race,” Coleman explainces. “We found that white and middle- and upper-class students had the biggest disadvantages in math, while low income students and students of color had smaller gaps.”

Coleman is quick to note that this topic merits further study. “Homeschooling parents who enroll their children in these programs receive thousands of dollars in education reimbursements, as well as access to other resources,” Coleman noted. “It is unclear how our findings may translate to homeschooled students’ performance in states where these supports are not available. There may also be other explanations for our findings as well. This is an area where more research is badly needed. Our study points in new directions rather than offering definitive answers.”

McCracken emphasizes that the study has complex implications both for educational policy and for parents looking at educational options. “It’s time to move past the idea that homeschools are better or worse for kids than traditional schools are,” she says. “Both models have strengths and weaknesses. Policymakers should work to help disadvantaged children succeed better in traditional schools, and to develop resources for homeschooling families to provide better instruction in math.”

As for parents, says McCracken, “The key is to prioritize the specific needs of your child instead of worrying about which educational method is better. Remember that averages may not tell you which educational option is best for a particular child. Look carefully at how your child is interacting with teachers and peers in school and at home. Above all, listen to your child.”

← Homeschool Organization Has Advice for New Homeschooling Parents
Elizabeth B.: “I begged my mother to help me come up with a transcript and diploma” →