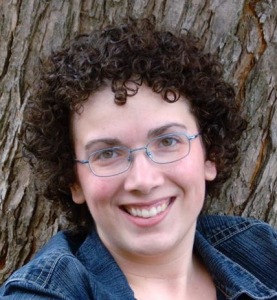 Rachel was homeschooled from kindergarten through high school in Indiana, where her parents were on the board of a regional homeschool organization, the Southwestern Indiana Home Educators Association. In 2010, Rachel completed her M.A. thesis at Ball State University, titled “Ideologues, Pedagogues, Pragmatics: A Case Study of the Homeschool Community in Delaware County, Indiana.” In early 2012, Rachel was invited to be present at the founding of the International Center for Home Education Research. In 2013, deeply moved by several high profiled deaths of children in homeschool settings, Rachel co-founded Homeschooling’s Invisible Children with Heather Doney. Rachel Coleman recently completed her dissertation on the role of children and childhood in the rise of the Christian Right, and received her Ph.D. in history from Indiana University in 2018. 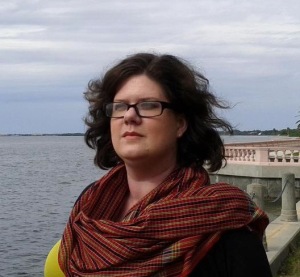 Kathryn Brightbill was homeschooled from the start of formal schooling in 1st grade through graduation from high school. She is the second of four children and the first in her family to be homeschooled all the way through school. Growing up in a politically active family, at one time Kathryn was the youngest ever precinct committeewoman elected to her county Republican Executive Committee. She has a B.A. in Information and Computer Science from Covenant College, a graduate certificate in Teaching English as a Foreign Language and Intercultural Studies from Wheaton College, and her J.D. at the University of Florida Levin College of Law. Prior to law school, Kathryn dabbled in several different fields, including spending time on the English faculty at the Diplomatic Academy of Vietnam in Hanoi, VN, where she taught reading and writing for international relations to foreign affairs and international law students. 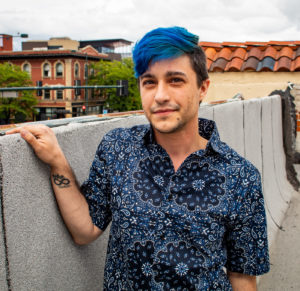 Kieryn Darkwater helped found CRHE in 2013, and served as both Tech Director and Board Member until 2019 when they stepped down to focus on volunteer management and outreach programming.

Kieryn has spent most of their lifetime as an activist, bridging the gap between grassroots organizing and technology. Homeschooled through high-school and graduated at age 15, they taught themselves how to code, write, and organize.

As an educationally deprived homeschooled student who spent more time raising their 7 siblings than studying, Kieryn is passionate about the need for accountability in home education, and increasing awareness about the pitfalls as well as the advantages of homeschooling.

Kieryn lives in Oakland, California, where they are establishing the first local chapter of CRHE and organize for city accessibility with East Bay for Everyone. 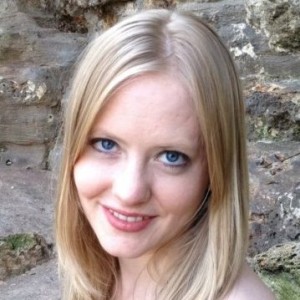 Alisa Harris was homeschooled from kindergarten through twelfth grade. As a homeschooled graduate who had a positive experience, she is passionate about working to ensure that all homeschooled children have access to a quality education. She has worked on a wide range of causes as a nonprofit communications professional and a volunteer: economic and social rights, addiction treatment, mental health, early childhood education, child abuse prevention, and women’s rights. Alisa has a B.A. in English from Hillsdale College and an MBA from Boston University Questrom School of Business. She is the author of Raised Right: How I Untangled My Faith from Politics. 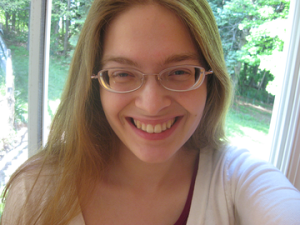 Dr. Chelsea McCracken grew up in Maryland, where she attended high-quality public schools K-12. She studied French and math at St. Mary's College of Maryland and went on to earn her PhD in linguistics from Rice University in 2012. Her first book, a reference grammar of an indigenous language of New Caledonia, is under contract with De Gruyter. Chelsea became involved in the homeschool reform movement as a result of the abuse and educational neglect experienced by her homeschooled family members. As an Assistant Professor of Interdisciplinary Arts & Sciences at Dixie State University, Chelsea instructs students in research methods and guides them in designing their own educational programs and assembling portfolios of their work. Chelsea lives in southern Utah with her spouse and their fur babies. 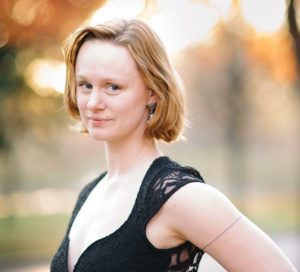 Eve Ettinger teaches English and Composition at a community college in southwest Virginia. She graduated with her MFA in Creative Writing from Hollins University in 2019, and served as a Peace Corps Volunteer (Kyrgyzstan 2015-17). After being homeschooled K-12 in both California and Virginia, she studied English at Grove City College and has worked in communications and strategy for NGOs focused on issues relating to the Affordable Care Act, community development, and the ERA. She is passionate about advocating for children, disability, mental health, queer, and working class concerns and rights. Her writing has been published in The Washington Post, The Rumpus, Cosmopolitan, Glamour UK, Autostraddle, The Establishment, and Longreads. She is currently a nonfiction features editor at The Rumpus. 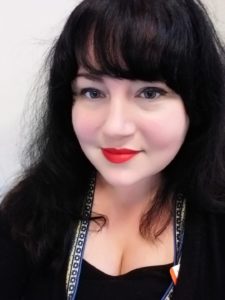 Kate Corbett Pollack, who identifies as Culturally Deaf and is fluent in American Sign Language (ASL), attended public schools and an experimental private Quaker High School for 9th grade. She attended both well-funded east coast public schools with outstanding disability services, and, after moving to Oregon, underfunded, overcrowded city schools with limited disability services, giving her insight into different educational experiences. Kate attended an excellent public high school after 9th grade with a Deaf program and excelled in art and writing. Kate earned her B.A. in History from Hunter College in New York, New York, and a M.S. in Cultural Foundations of Education from Syracuse University’s School of Education, in Syracuse, New York. Kate also received a Certificate of Advanced Study in Disability Studies from Syracuse. Kate began studying disability and crime in her graduate program, and her focus turned to homeschool when her research revealed the high number of disability homeschool homicide cases. Kate currently is the Coordinator of the Disability Cultural Center at Syracuse University and founded the Committee for Disability Access Syracuse (CDAS). Her research focuses on disability and inclusion in higher education; disability law and policy; institutions and asylums; and disability, crime and abuse. 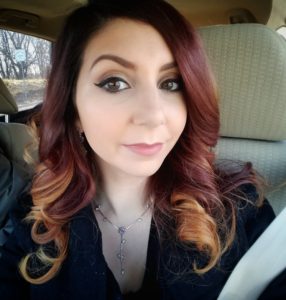 Acacia DiCiaccio grew up in Massachusetts and was homeschooled until ninth grade, when she started public school. In 2012, she graduated with a bachelor's degree in English from the University of Massachusetts. Since graduation she has been working in the digital marketing field. While her education experience was mostly positive, Acacia became passionate about advocating for other homeschoolers after she joined an online community for homeschool graduates and realized how easy it was for abuse in homeschooling to go unnoticed. Acacia still lives in Massachusetts with her fiancé and cat. 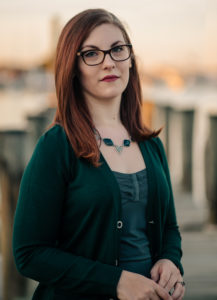 Samantha Field was homeschooled from first through twelfth grades, and grew up in an authoritarian, fundamentalist church that belonged to the Quiverfull and Stay-at-Home-Daughter movements. She eventually escaped as a young adult and graduated from Pensacola Christian College with a BS in Secondary Education before attending Liberty University to pursue an MA in English; now she attends United Theological Seminary of the Twin Cities and will receive an MA in Religious Leadership in 2019. In 2013, Samantha began writing and speaking about her experiences and has been published at Relevant, Rewire, the Establishment, Sojourners, interviewed for the Wall Street Journal and Marie Claire, spoken at several conferences (Courage Conference, Break Free Together, Queer Christian Fellowship) and featured on several radio programs, including BBC4’s Things Unseen and Beyond Belief. She has also been involved in various activism efforts, largely managing communications for her local county’s Democratic party, several non-profits, and social media campaigns like #IKDGstories. 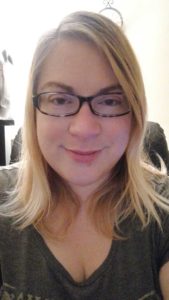 Sarah (Morton) Henderson was homeschooled from kindergarten. Her family attended a variety of fundamentalist churches, and took part in various religion based groups including ATIA. She is the second child of a family of nine, and in her tween years, homeschooling stopped completely and she helped raise her younger siblings, as her mother's health was failing. Her family moved frequently to escape multiple children's aid investigations triggered by reports of child abuse and educational neglect. When she was 17, Sarah decided to finish her education, so she went to public high school and had to leave home in order to be able to attend. She now holds a Bachelor of Arts in Social Development Studies, and a Bachelor of Social Work from the University of Waterloo. While in school, Sarah lobbied extensively with children's aid to assist her younger siblings, and after two years, they finally stepped in to ensure that her father was removed from the home and her siblings attended school. Sarah was struck by how difficult it is to help children who are being abused or educationally neglected under the guise of homeschooling, and is committed to advocacy efforts to assist such children. 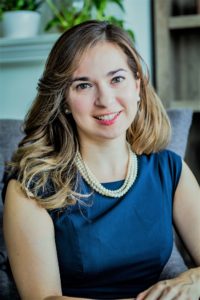 Carmen Longoria-Green grew up in Missouri, where she was homeschooled from first through twelfth grade. Growing up, Carmen learned first-hand the problems that students face in states with little homeschool oversight or student-focused protections, an experience that has made her passionate about improving the lives of all homeschooled students. Carmen was formerly the litigation counsel at Americans United for Separation of Church and State, where she litigated religious-freedom cases at both the trial and appellate levels. Currently, Carmen is an associate in Mayer Brown’s Washington, DC office, where she is a member of the Litigation and Dispute Resolution practice. Carmen earned her J.D. from Georgetown University Law Center and her B.A. in Government from Patrick Henry College.